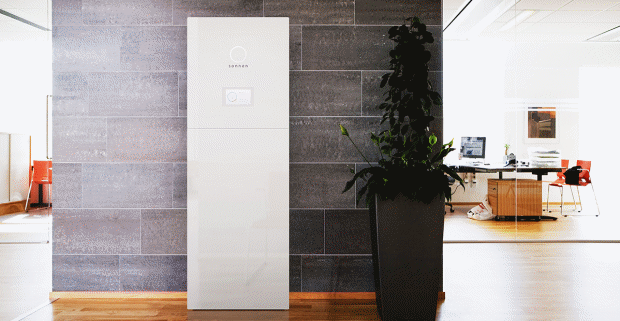 Sonnen is Europe’s leading home energy storage manufacturer. The company has been spreading its wings in countries including Australia, where the sonnenBatterie Eco is enabling solar power system owners to make the most of their valuable rooftop-generated electricity.

To date, more than 12,000 sonnen battery systems have been installed throughout the world.

“Its smart batteries, which include software to manage energy use and can store energy for later, are transforming the electricity market in Germany,” states the publication’s sonnen entry.

In Germany, the company has created a trading platform providing system owners a means by which power can be purchased and sold across the grid. Sonnen says electricity on its “SonnenCommunity” system is close to 25 percent cheaper than power sourced via conventional means.

The company is understandably quite chuffed with the recognition.

“MIT has added sonnen into the mix with companies like IBM and Bosch, acknowledging the innovative power of storing and managing the sun in a unique way,” said Philipp Schröder, Chief Sales and Marketing Officer of sonnen.

Other feather’s in sonnen’s cap include listing in the Cleantech Global 100 for 2015 and 2016, Greentech Media’s 2016 Grid Edge Award for innovation, and Cleantech’s 2015 Company of the Year Award in both Israel and Europe.

In other sonnen news, the company has partnered with AutoGrid, which will enable U.S. energy service providers better manage, optimize and aggregate distributed energy resources.

The companies state that by combining the two, it will provide the following benefits.

“In Germany we have seen the value the virtual power plant model provides in balancing energy supply and demand by aggregating our sonnenBatterie systems,” said Christoph Ostermann, CEO of sonnen GmbH.

This article was originally published by Energy Matters.