“Demand Response” (sometimes called Demand Side Response) is a term given to a range of activities undertaken by electricity users, or people acting on their behalf, to temporarily change grid consumption in response to some form of commercial incentive.  This might be:

1)   Curtailment, at some times

This curtailment activity might be taken at times of tight supply/demand balance (and/or high spot prices) in the wholesale electricity market, or at times of high network loading.

2)   Increased consumption, at other times

These increases in consumption have been occurring for many years (e.g. when prices have been low), but take on added importance as the energy transition gains pace with increasing incidence of negative prices.

Because of its usefulness, we’ve translated it into the diagram below so that it can be understood in the context of the Australian National Electricity Market (NEM). 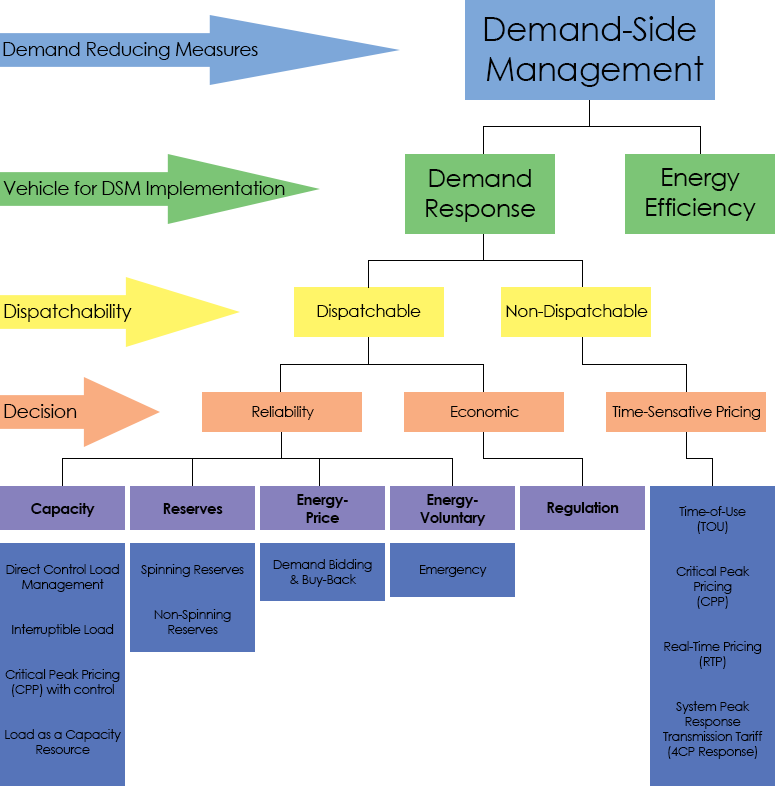 Because the curtailment/increase activity is temporary, “Demand Response” fits into a broader category of “Demand Management” that also includes permanent demand pattern changes through practices such as energy efficiency – as shown above.

There are a number of different mechanisms by which “Demand Response” can work in Australia’s National Electricity Market (NEM).  In this site, we seek to explain all the different methods by which Demand Response is, and has been, used in the NEM (plus some proposed new methods, as well).  It provides a collation of materials relating to Demand Response that we have found in our travels.