Western Suburbs Leagues Club registered their interest to participate in COzero’s demand response trial program. They were notified at 12:00 pm on the 14th of January, 2016 about an impending demand response event to occur that day between 2 and 3:30 pm. Due to high temperatures across the state, the electricity market in NSW experienced an extreme surge in prices with the dispatch price hitting $13,800 per MWh for 10 minutes. 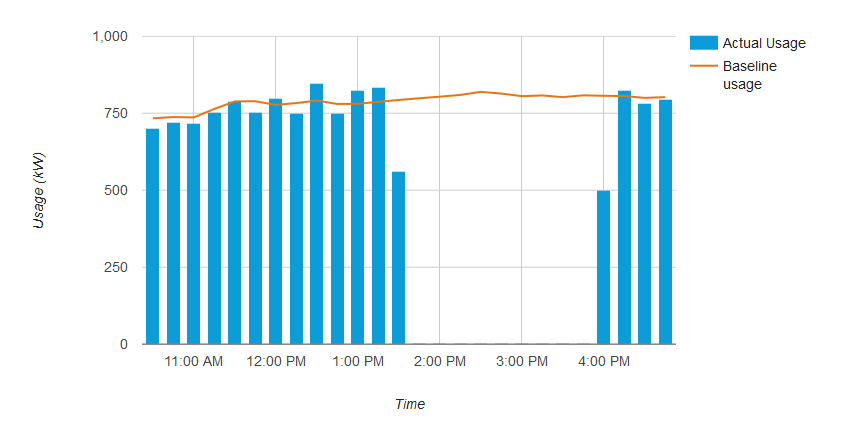 Figure 1 Shows the 800kW reduction in usage during the demand response period.

The Leagues club responded by cutting usage and activating their 700 kVA generator for the 1.5-hour period. In the outlined time, a total grid reduction of 1,215 kWh was attained. For their participation, a payment of $1,568 was made to the club. If the spot price had stayed at the maximum level as was expected, up to $10 per kWh could have been paid out.

Because of their on-site generation, operational impact on the site was kept to a minimum. The demand response event also allowed for the site manager to conduct a working test of his generator, which is considered good practice for equipment of this size.

Over on WattClarity, Robert May and Ashley Nicholls of SA Water yesterday published a case study in which they detailed the specifications and functionality of the sophisticated Energy Management System (EMS) that SA Water has developed. The article follows on…

This PG Energy customer  operates a cold store in Brisbane and has an electricity consumption requirement of 500-600 KW .  The customer also has a 1,200KW back up diesel generator on site. On the 5th March 2015, Brisbane experienced a…