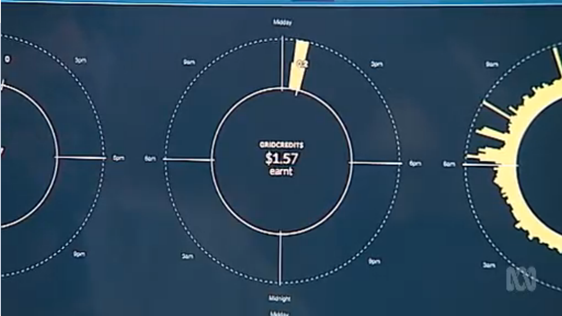 I was on holidays at the time but one of the others in the team pointed out ABC’s Catalyst show featuring the emergence of the Reposit Power model of providing Demand Response in the NEM by coordinating between residential energy users and their retailer (Diamond Energy is named).

The episode’s presenter, Dr Jonica Newby, visits the Manning household, early adopters who are the first family in Australia to use Reposit Power’s software to monitor their batteries interaction with the grid:

“Of course, individuals can’t bid into this wholesale market directly, but their power company, Diamond Energy, is using their battery power and has agreed to pay the Mannings accordingly. And while their Reposit software is currently out in front, other similar models will follow in time.” and goes on to state “Battery storage can help manage one of the key ingredients of the switch to renewable power. As more renewables come into the system, that influx of intermittent power makes grid management ever more complex.”

On 19th May 2017, an announcement was made that AEMO would work together to pilot a demand response initiative to help manage tight supply/demand balances expected in future (such as in Victoria and South Australia for summer 2017-18). There are…